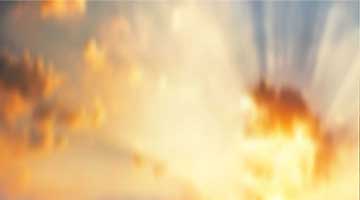 Shri Vallabh means dear-one (priy). He is dear to bhagvan Shri Krishna and also to every disciple. To help the divine spirits (souls) to reunite with shri krishna; he has shown the divine path of devotion and surrender towards bhagvan shri Krishna. He has propounded the philosophy of sakar Brahmvad which is also known as Shuddhadvait (Pure non dualism).

It was a terrible time when shri Vallabh was born. In religious field there was an uncertainty about the actual meaning of scriptures. Politically also it was the time when the hostility was prevailing. The intruders were attacking the hindu kings to capture different kingdoms of Indian territory. Against the attack of cruel intruders; our culture-traditions- religious faith and also the places of worship were in crisis. In such a dreadful situation it was an issue of survival for Indian society. The Indian society was seeking a leader who can give a clear understanding about the religion and can show a practical way of life and also give them the strength to live with courage. To fulfill the requirement; arrived Shri Vallabhacharyaji, a savior for Indian culture and society.

The ancestors of shri Vallabhacharyaji lived in Andhra Pradesh and belonged to a long line of Telugu Vaidiki Brahmins known as Vellanadu or Vellanatiya following the Vishnu Swami school of thought. Bhagvan shri Krishna commanded his ancestor shri Yagnanarayana Bhattaji that He would take birth in their family after completion of 100 Somayagnas (fire sacrifices). By the time of Yagnanarayanaji's descendant Lakshmana Bhattaji who migrated to the holy town of Varanasi, the family had completed 100 Somayagnas. Shri Vallabhacharyaji was born to shri Lakshmana Bhattaji in 1479 A.D. (Vikram Samvat 1535) on the 11th day of the dark half of lunar month of chaitra at Champaranya. The name of his mother was ‘Illammagaruji’.

The period surrounding shri Vallabhacharyaji's birth was a turbulent and most of northern and central India was being influenced by Muslim invaders. People were migrating to protect their faith and avoid religious harassment and conversion. Once when Shri Lakshman Bhattaji was in Varanasi he heard about one of such attack by Muslim forces, so he urgently left Varanasi with his pregnant wife. On the way shri Illamagaruji had a premature delivery, two months in advance.

As the child did not show signs of life, the parents were shocked; but with no other choice, they left the baby under a tree wrapped in a piece of cloth. Bhagvan shri Krishna emerge in dream in and informed the parents of shri Vallabhacharyaji that he himself had taken birth as the child. The parents hurried to the spot and were ecstatic to find their baby alive and protected by a circle of divine fire. The blessed mother extended her arms into the fire unscathed; she received from the fire the divine baby. The child was named Vallabha.

Shri Vallabhacharyaji’s learning commenced at the age of seven with the study of four Vedas. He acquired mastery over the books expounding the six systems of Indian philosophy. He also learnt philosophical systems of shri Shankaracharyaji, shri Ramanujacharyaji, shri Madhvacharyaji, shri Nimbarkacharyaji along with the Buddhist and Jain schools. He was able to recite hundred mantras, not only from beginning to end but also in reverse order. At different places with the discourses on various topics related to the religion and spirituality; he made a strong impression on the public as an embodiment of knowledge. He was now applauded as Bal Saraswati.

What is the meaning of life? What is our real identity? Why this universe has come into existence? Who is the creator of this universe? What is the idea behind this creation? What are our obligations? These are the questions one should answer to live a meaningful life

Shri Vallabhacharyaji answered all the questions with responsibility and commitment towards our divine scriptures – Vedas, Shrimad Bhagavad Geeta, Brahmsutras, Shrimad Bhagavat mahapuran etc. He has also shown the real meaning of these eternal scriptures. In the traditional Vedantic belief, an Acharya, the leader of spiritual preceptors, is one who has written his views and comments on the ‘Brahmasutra’, ‘Bhagavad Gita’ and ‘Upanishads’. Shri Vallabhacharyaji has done that with sheer commitment. He himself says that he sincerely learned the scriptures (Bagvadshastra), than thought upon the subject matter again and again and finally was confirmed by Shri Hari himself, then only he stated the true meaning of our eternal wisdom.


Establishment of Pushti Marga - The Path of Grace

When shri Vallabhacharyaji entered Gokul, he thought about the important question of restoring people to the right path of devotion. At that time shri Krishna appeared in front of him and revealed the 'Brahma Sambandha' ("Relation with Brahman, the supreme Godhead") , a mantra of self dedication to shri Krishna. During that time Damodardas Harasaniji was sleeping next to him. In the early morning, shri Vallabha Acharyaji told this experience to his worthiest and most beloved disciple, Damodardasaji and asked him - “Damala! Did you hear any voice last night?’’ Damodaradasji replied that "I heard it, but was not able to understand the meaning of it." Shri Vallabhacharyaji then explained the meaning of the mantra and thus damodardasji became the first Vaishnava initiated by shri Vallabhacharyaji.

To spread the message given by Bhagvan shri Krishna; shri Vallabhacharyaji traveled all over India; three times. His bright personality, strength of wisdom and great commitment towards his mission were exceptional. Due to such an impressive stature; many people became his followers. Among them 84 devoted disciples are most famous and their life has been documented in Pushti Marg literature as the ‘Story of 84 Vaishnavas’

Shri Vallabhacharyaji is also known as shri Mahaprabhuji. Apart from Shrimad Bhagvat path (= reading) as a daily routine he also conducted discourse on shrimad Bhagvat at different places. Generally that places are sited as ‘Bethakjis of shri Mahaprabhuji’. As per the ‘84 bethakji charitra granth’ the number of bethakjis on the earth is 84.

Shri Vallabhacharyaji has shown his philosophical and devotional views in his various compositions.
Such as:
1: Anubhashya or Brahmsutranubhashya - commentary on the Brahm Sutra of Ved Vyas
2: Tattvaarth Deep Nibandh - Essays on the fundamental principles of spirituality (3 chapters)
Chapter 1: Shaastrarth Prakaran
Chapter 2: Sarvanirnay Prakaran
Chapter 3: Bhagavatarth Prakaran

Other than the above main literature, he has also composed other significant works such as Patravalambanam, Purva Mimansa Bhasya, Madhurashtakam, Gayatribhashya, Purushottam Sahastranaam stotra, Trividh leela namavali etc.

He was to remain a life-long celibate but the deity shri Vitthalanathaji of Pandharpur ordered him to marry and live the life of householder. Obeying Bhagvan’s order, he married ‘Shri Mahalaxmiji’ and had two sons: shri Gopinathji and shri Vitthalanathji (also known as shri Gusainji). Shri Gopinathji and Shri Vitthalnathji were also worthy sons of worthy father. They lived the life as shown by ShriVallabh and inspired their disciples to live a meaningful life. Till date their ancestors are the acharyas of Pushtibhaktimarg and are spreading the spiritual message of shri Vallabhacharyaji.

In about 1530 A.D., bhagvan shri Krishna commanded shri Vallabhacharyaji to leave the worldly life and to come near Him. Shri Krishna had previously expressed his wish on two different occasions. The third command was accepted by shri Vallabhacharya as the last verdict. He arrived at Kashi and following the Vedic traditions, formally renounced the world by taking Sanyasa and a vow of silence. He lived in a hut made of leaves on the Hanuman ghat for about a week. He spent his last days in contemplation of shri Krishna and suffered agonies of separation from Him. The members of his family assembled near him for his last darshan. When asked about his advice, shri Vallabhacharyaji scribbled three and a half Sanskrit verses in the sand by way of counsel. This collection of verses is known as ‘ShikshaSloki’. He entered into the waters of the Ganges on the day of Rath Yatra. People witnessed a sparkling flame as it arose from the water and ascended to heaven. This episode is known as AsurVyamohLeela. Even if Shri Vallabh is not visible to every one with the physical eyesight; the followers always feel his eternal existence. He is with us in the form of his granthas and bethakjis and above all in the hearts of his dedicated vaishnavs. 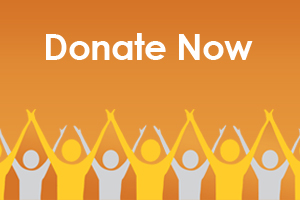 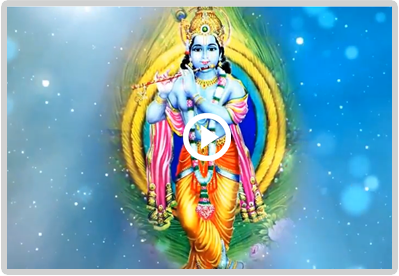